Jean and Kevin Trevarthen are a team. In their long marriage, their faith journey and their parenting, they have always found strength in partnership.

It has been the same across a quarter-century of volunteering. They exemplify the theme of this year’s National Volunteer Week: ‘Better Together’. 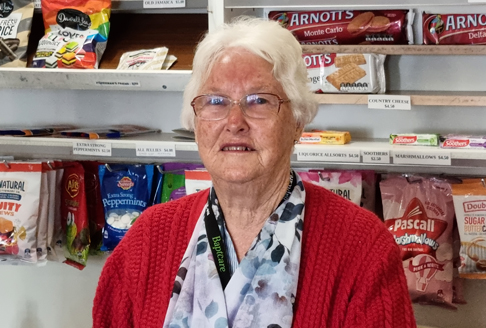 Jean has just received an award for her 25 years of service as a Baptcare volunteer. However, she is quick to say, “It wasn’t just me, it was always Kevin and me together.”

Kevin was a technical operator at ABC Radio for decades. Jean spent 22 years at the Baptist Union of Victoria as secretary to John Simpson. When they retired, they knew they still had plenty of energy to give, so they started volunteering at Baptcare Karana aged care community.

“We used to get a little bus and take men out to various Board of Works Parks. We’d keep them entertained, have a bit of a walk, and I’d make them lunch.

“We did that for a number of years. In 2005 Kevin was asked to go on the roster for playing the piano for the Sunday service at Karana. Then we were asked if we could help bring residents down from their rooms for the service, so we did that until the end of 2019.”

Jean’s description of their efforts completely undersells what they actually did, according to Sam Lo, Spiritual Care Coordinator at Karana. “Pre-Covid, when we had volunteer clergy and laity lead the Sunday service each week, Jean knew all the volunteer preachers and pianists and helped me enormously with the rosters,” Sam says. “After the service, the chapel volunteers and one or two residents would gather for morning tea, and Jean’s baking was (still is) legendary.

“Although Kevin can no longer play the piano, we are still blessed by his talents, as he has pre-recorded accompaniment to many hymns and we use these, especially in our Thursday services when we don’t have a pianist. We often joke that Kevin is especially gifted – he can play the piano while sitting 10 feet away! Kevin has a beautiful singing voice, always so appreciated in chapel. Jean and Kevin are an integral part of the fabric of Karana.”

In 2020 Kevin became a resident at his beloved Karana. “We did everything alongside each other until he could no longer walk very well,” Jean reflects. “It was a journey we did together.

“Nowadays I help at the kiosk at Karana every Tuesday. I do all the buying for it. I see all the residents when they come in, whether they want to buy something or just have a chat. Because we’ve been there for so long, you know everybody.

“I’ve made a lot of friends over the years. I joined the Karana Auxiliary the year I retired, and now some ladies from the auxiliary are residents. I just want to help everyone out, and use the talents that God gave me.”

For Jean, that journey began in the Glenbervie Baptist Church as a child, and continued at Blackburn Baptist after marriage. She has two children and three grandchildren, but still finds the time and energy to volunteer and give to others.

“It has been so nice all along. We’ve enjoyed doing what we did. It’s part of our Christian journey. If anyone is thinking of taking up volunteering, I would tell them to go for it. It can be very rewarding.”

Just like Jean and Kevin, when volunteers join with others in the community we learn that we are Better Together. If you have been inspired by their example and would like to know more about volunteering with Baptcare, click here: https://www.baptcare.org.au/get-involved/volunteer/volunteering-for-baptcare 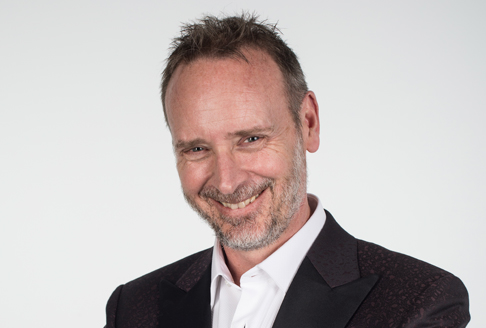 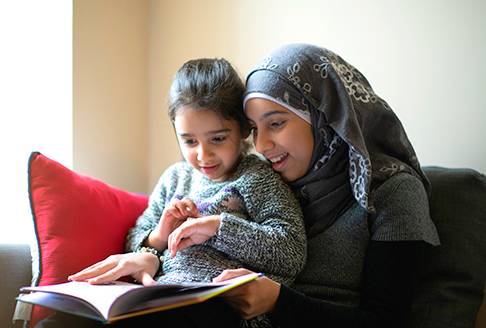 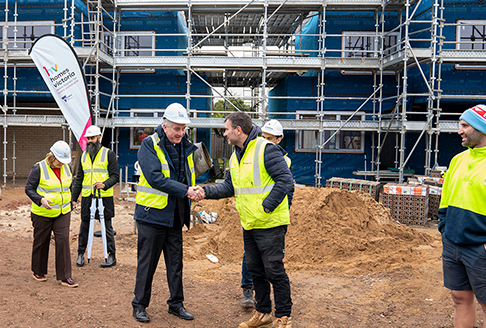