The skills and heart of Baptcare’s staff never ceases to amaze! 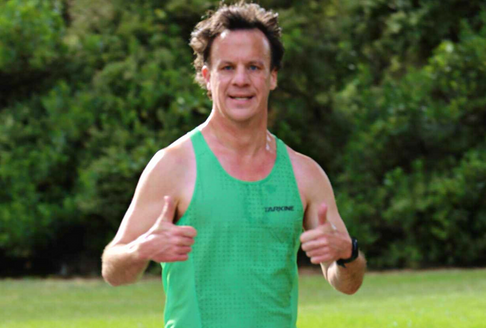 A marathoner who credits running for helping keep his mental health in check, Nicholas has organised the Run for Rural Relief on 22 January where he will be doing a 68km Ultra Marathon in the Devonport Latrobe area. The run will raise money for Rural Business Tasmania’s Rural Relief Fund for farmers and small businesses affected by flood in north-west Tasmania last October.

Helping comes naturally to Nicholas. Starting in Baptcare’s Karingal aged care community kitchen four years ago, his connection with the residents meant that he was asked to take on a Care Assistant role.

Nicholas, you are about to run in an ultramarathon – 68km. Firstly – wow, and secondly, have you always been a runner and involved in marathons?

I have always been a runner from a young age and always played lots of sports. My parents entered me into running events as a kid and back then I had natural ability. Nowadays it takes loads of hard work!

Yes, I’ve run marathons, but only in training. I would love to do international marathons but they are a bit pricey for my stage of life with a young family (two children) to help support.

As for a bucket list marathon – I’d like to do some local Tasmanian/trail marathons such as the Gone Nuts 101 km run in a few years time.

I like the freedom of running and also being able to explore your city or state.

I’ve suffered with anxiety/depression throughout my whole life and have found that running is a good way for me to manage my mental health and to de-stress for a couple of hours.

I’m leading a good healthy life now with some good strategies in place – and running is a major part of this.

Tell us about the Run for Rural Relief. What inspired you to organise this?

It’s a 68 km run that I’m doing to raise money for Tasmanians affected by the floods.

It’s a community thing and fully inclusive. People can walk and/or run alongside me for small sections of the run.

This run is not about me – it’s about the whole community – about joining together to help those who have gone through the floods in Tasmania.

Do you have any special running rituals?

Not really. I run off feeling.

For the actual run I will eat Revvies energy strips, gels plus other food in addition to keeping hydrated.

I listen to music and podcasts for my training runs but for the actual run, I’m hoping to chat to people who may run alongside me. It will be a great chance to share stories and for the community to enjoy being active.

One person has already volunteered to run 34km with me, so I’m really excited about that!

What are your top songs to run to in training - or do you run to podcasts?

Music: Foo Fighters, and I’m a huge Country music fan, so I like Tasmanian band the Wolf Brothers and also the Zac Brown band.

Everyday Lions, where Bryan Lyons interviews an everyday runner who has a great back story to tell.

I also listen to former AFL football player Dylan Buckley on his podcast Dyl and Friends.

What is your current role at Baptcare, and what does it involve day to day?

The job is quite broad and involves doing whatever I can to help my residents including showers, personal care or putting them to bed. Other days it may be just sitting and talking with them.

How long have you been at Baptcare?

I started in the Karingal kitchen four years at ago before being moved into a care role. Apparently, people liked my interaction with residents, so I was encouraged to do my Cert 3 in caring and became a carer. I’m now about to start Cert 4 in Leisure and Lifestyle.

What do you like about working with Baptcare and in the aged care space?

I really like to help people. I love the connections you make with residents, their families and my colleagues. I find that they become like family to me – like your grandparents or friends. It’s a really rewarding job. Yes, it has its challenges but mostly it is very rewarding.

In my past I’ve had some mental health challenges and been through something hard. I was so grateful for the care I was given then, so I wanted to give something back. It just took me a few years to get into the right place.

Can you share a particularly special workday/resident interaction you’ve had recently?

Recently, I dressed up as Santa and took the residents on a bus trip to see local Christmas lights. The residents loved it!

I also feel very privileged to be able to spend time with residents at their palliative stage. This feels very special because the family have given you permission to be with their loved ones at such a vulnerable time.

Do you have a favourite quote or motto in life?

I use it in a hashtag in my posts – ‘get it done’. I used to be a procrastinator, but in 2020 when I reunited with running and just made myself do it, #getitdone became my mantra.

If you could go on a long run with someone, who would it be and why?

Nedd Brockmann, who just ran 4000km across Australia. A good day would be going on a 30 km run with Nedd and some of my local Tasmanian running mates.

Just to say that this run is not about me – it’s about the whole community and especially those who have gone through the floods in Tasmania. I’m really just the campaign awareness guy.

You’re much more than ‘just the campaign awareness guy’ to us Nicholas and we’reso thrilled that your running feet led you to Baptcare. We thank you for your wonderful care and wish you all the very best on Saturday 22 January with your Run for Rural Relief.

You can read more about the Run for Rural Relief at https://runforruralrelief.com/ and donate if possible. 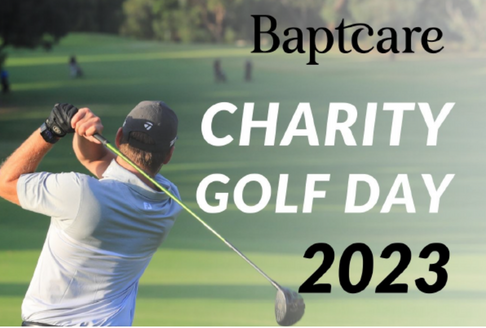 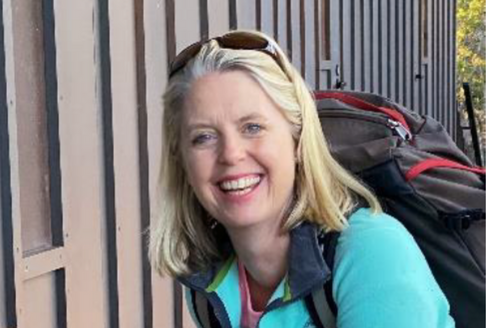 Faces of Baptcare #32: Meet Michelle Atkins, Communications Advisor and one of our We Care Award Winners