Martin Reilly is a Spiritual Care Co-ordinator from Baptcare Sanctuary, about his experience of equine therapy with some of Sanctuary’s residents who are seeking asylum.

Being aware: it is what you notice in the here and now; it is paying attention to what is happening inside you and outside you; it is what keeps you safe.

These were words from a brochure, Horse Wisdom, given to me and eight residents from Baptcare Sanctuary by the therapist at our first equine therapy session last month.

During the session we learned a lot about horses: how they have great peripheral vision but poor direct vision; how they are extremely intuitive animals, picking up on the feelings of both humans and other animals; how they are incredibly giving animals and that as a pack animal, they like to be near - but not too close - to each other.

But we learned more about ourselves: how our feelings impacted their feelings and what the nature of our feelings told us about our current situation. But best of all, we forgot about our own situation for a little while and became mesmerised by these big affectionate beasts. One of the residents said, “It was so wonderful for me to be with the horses, brushing them, leading them, stroking them. For a short time I forgot I was depressed.” 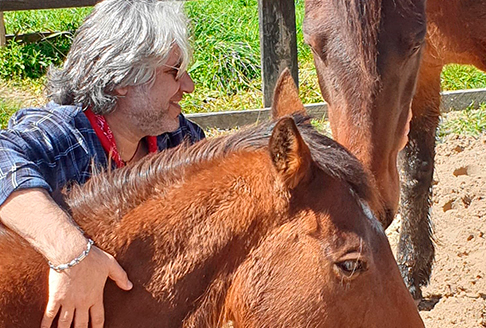 One horse was named Tiger. He was a New Zealand champion trotter who arrived here in Australia but never won a race again and was therefore discarded. He was welcomed into the equine therapy centre and has learned his place in the pack of five other horses. He was the quickest by far, the most credentialled, and yet strangely the smallest of all these discarded racing animals.

The head horse in this bedraggled discarded group, however, was Betty. She was a beautiful mare, and very stroppy, very sensitive to what the horses were doing. A bit like all of us. She was aware of what was around her like it was important to her, and maybe to the pack. A kind of duty. Then there was Jack, the real love of Betty, who was affectionate and playful. We were not sure of his story, but it was probably about failing somewhere in the racing world and therefore being deemed valueless. Not to us though. Jack, and all the other horses we met, were all beautiful and special.

Just for a time all of us became aware of something other than ourselves. Just for a time we were able to drift off to another world and be with the horses. We couldn’t keep our eyes off them. It taught us so much. We learned that by being more grounded to the present, to the here and now and to what is actually happening in our lives, we can be more aware of others and of ourselves. And that was freeing.

Maybe, however, the biggest lesson for us as all being with the horses, (perhaps especially for the residents seeking asylum, many who feel a lack of value and connectedness in Australia given our hard line and punitive border approach) is that we learned that we too could love again, and be loved, at least by horses. That we are all beautiful and special in our own way. We just hope the government sees that too, so all our residents can know and finally appreciate that they are safe. 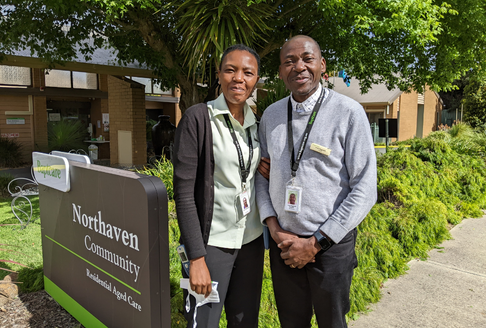 Nancy and Fred: Caring for the whole person 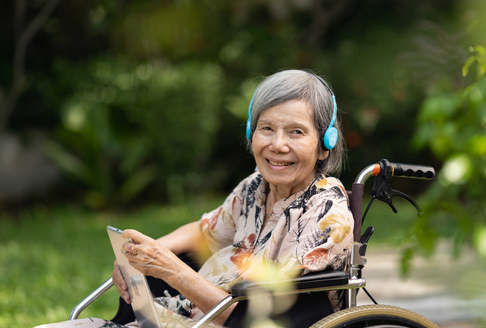 Music as a supportive therapy for memory loss 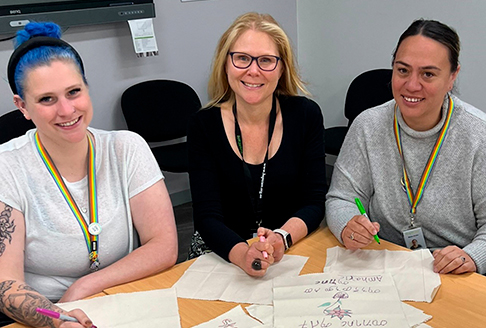