We welcomed current residents to their new rooms in the stunning 124 bed facility and the response was overwhelming! 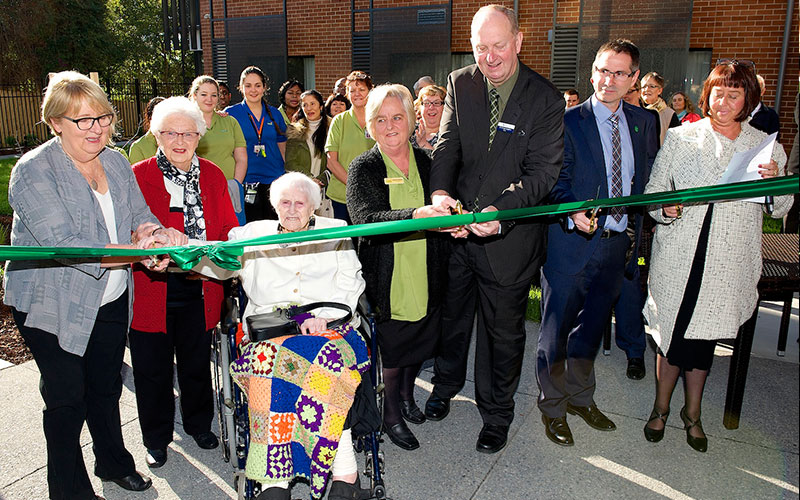 Strathalan residents for the past 15 years, Bruce and Jean Edwards’ relationship with Baptcare started much earlier than the day they moved in. Bruce was a treasurer for Baptcare’s Karana Community annual fete, and Jean was a member of the auxiliary, which assisted Strathalan by raising funds and undertaking everyday chores. Jean is a second generation Strathalan resident. Her parents called it home for 20 years.

Bruce and Jean inspected their new room yesterday with their daughter Janeece.

Bruce, 90, said, “Strathalan has always been so wonderful. It is a very inclusive community.”

“We are more than happy here,” said Bruce.

Janeece said that the new facility had a very luxurious feel, which complemented the quality of care that is provided to her parents.

“The carers here are so lovely, and to know that they are being so well taken care of is what makes me happy,” said Janeece.

Minister Macklin was full of admiration for the state of the art development. “Isn’t this the most magnificent place you could possible imagine?” she said. “We are incredibly fortuitous to have Baptcare at the centre of our community. Congratulations on this outstanding development, it’s truly, truly wonderful!”

After working for months to get the site launch ready, Operations Manager Lindon Le Griffon was nervous when the big day arrived. But his worries vanished when residents came and saw inside for the first time. “I’ve had a lot to do with this building from day one, so to see it come to life – to see people walk in and smile and just have that sense of wow this is just beautiful – it’s pretty awesome,” he said.

First impressions were overwhelmingly positive. “They’re a bit overwhelmed because it’s so beautiful and light, with the floor-to-ceiling windows on this perfect sunny day!” Lindon said.

Having attended the first launch of Strathalan in 1945, Sadie Newnhan, who now resides in the independent living units, was especially excited. “This is my first time inside and I think it’s wonderful, it looks great!” she said.

Graham said the design of the facility had a strong focus on connections, to encourage conversations between residents, family, Baptcare staff and carers. “This is one big home. We’ve made every effort to remove all barriers to make a sense of connectedness – we’re all genuinely excited about what Strathalan is and where it is going into the future,” he said. 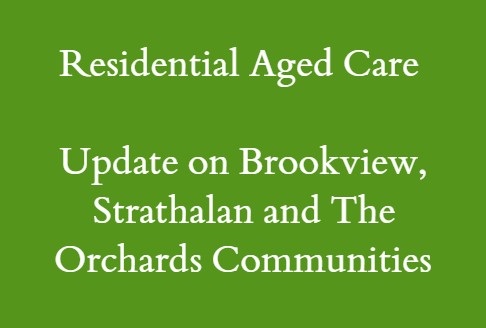 Update on Brookview, Strathalan and The Orchards Communities 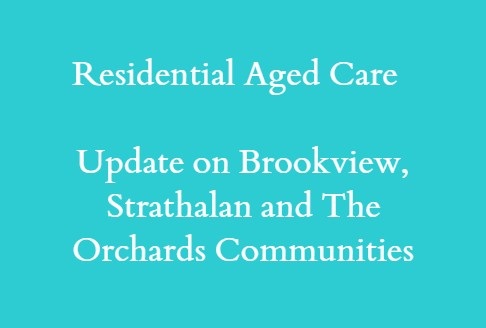