Looking back: 52 years of the Baptcare Community Nursing Service 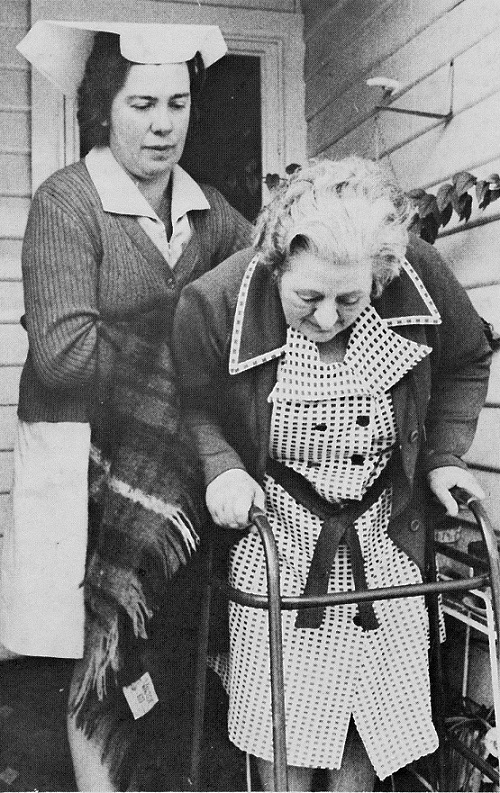 Baptcare Community Nursing Service, the first nursing service to make house-calls in Victoria, was given its start over 50 years ago, on March 24th 1964.

During those early days, nearly 2,000 nursing house-calls were made in one year alone and two more volunteer nurses soon joined to meet the ever-increasing demand.

In 1968 the Church Nursing Service, as it was then known, received its first grant from the Health Commission which allowed them to pay the standard nursing wage. Local, State and Federal Government grants, along with support from the Baptist Church and community donations, have continued to fund this service ever since.

Ivy West and her husband, Alan, were known in the community for going the extra mile. Alan sold his business early on to oversee administration of the Church Nursing Service, going on to provide chaplaincy services and organise and officiate at funerals in the community. From 1970 onwards, he also built up a fleet of cars for the nurses to use, which he maintained himself in his home garage.

After the first ten years, demand for the Service continued to grow. Turning her attention to the new generation of nurses, Ivy held training sessions at local hospitals, where she taught best practice in home nursing and new methods of delivering care.

By the 1980s, Ivy and Alan were delivering a nursing service that made over 31,000 house-calls per year, with an average of 606 per week. These days, their good work continues in our Community Nursing Service.

Current Program Manager, Janette Lemish, said of her predecessor, “Ivy was putting an active service model into place long before it was known. She was ahead of her time and innovative.”

Ivy West was recognised for her dedication with a Medal of the Order of Australia in 1984.

This story is adapted from the book Making a Difference: The legends and landmarks of Baptcare, available through Melbourne Books.