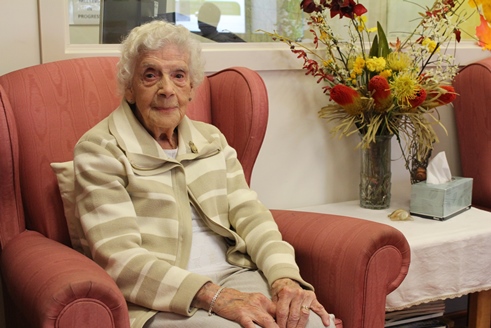 In April we commemorated ANZAC day with services and activities at many of our Baptcare locations.

If we celebrate anything on ANZAC day it is the legacy that those who fought at ANZAC gave us, and those who followed them strengthened and enriched. Many of these ordinary Australian men and women are now Baptcare clients, with extraordinary stories.

Our communications team recently met Jean Griff at our Brindabilla Day Centre, who served in the Women's Auxiliary Air Force (WAAF) during WWII.

Jean was just 17 when war broke out and it soon became apparent that women would be required to serve in the armed forces to allow men in non-combatant roles to be released into combat units. Brightly coloured recruitment posters encouraged women to join up and ads played frequently on the radio.

On her 18th birthday Jean went straight to the recruitment office. She says she chose the WAAF because their blue uniform was the nicest, "not like the daggy mustard coloured Army uniform".

She was hoping for adventure. After her initial training Jean went to technical school where she learned engineering, before eventually being sent to Benalla to work as an engineer servicing Tiger Moths.

"When it came to work the men didn't want us there. We were the first women to work on the base and the men resented us," Jean said.

Jean served for four years and was re-skilled in accountancy before being discharged. She met her husband during the discharge and they went on to have five children.

Another client with a fascinating story is Fred Smith, a resident at our Westhaven Community who will turn 96 this year.

Fred joined the Royal Australian Air Force (RAAF) at 21. After completing a mechanic's course he was moved to Perth where he was part of Fighter Squadron 77. The squadron spent around 18 months overseas "chasing the Japanese" through Papua New Guinea and the Pacific, Fred said.

After returning to Australia Fred was moved to Mildura, where he worked on fighter planes until he was discharged in December of 1945. Fred met his future wife, Beverley, while serving and they were married soon after the war.

He found employment with the Shell Company, where he worked for 35 years before retiring at 60. He also kept busy pruning neighbours' trees in his spare time.

"When it was time to retire I was still pretty energetic, I couldn't just do nothing!" Fred said, “so I started a mowing and pruning business”.

Until recently, Fred would march in the dawn parade every ANZAC Day.

"It's quite far though, from Federation Square to the Shrine of Remembrance. I can't walk that far anymore," Fred said.

This year he attended the ANZAC service at Westhaven Community on Friday, and watched the dawn service on television. 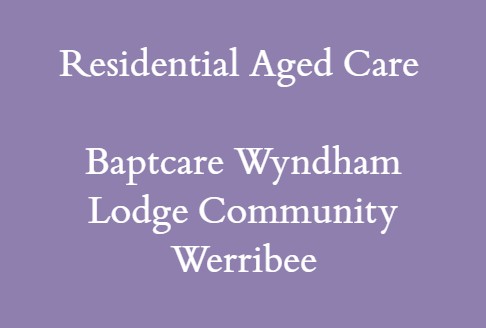 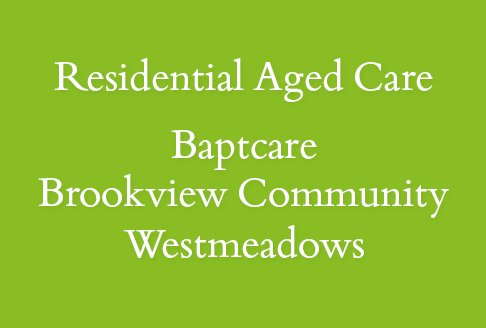