Kashif flees danger in Pakistan to face homelessness in Melbourne

“Like you’re being chased by a lion and somebody asks you what you’re going to eat for dinner.”

Kashif describes how facing homelessness never crossed his mind until he arrived in Australia and started the arduous process of seeking asylum. 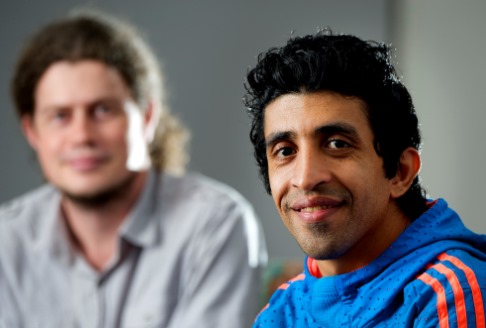 “The only thing you think of when you come to Australia is safety, but when you’re here, you have no rights. You’re not allowed to work and without work you can’t get a room.” Kashif goes on to explain the difficulty of navigating the complex process of seeking a protection visa while dealing with the overwhelming day-to-day struggles of homelessness.

Kashif (30) is a bright and confident young man, with a shaved head and a broad, warm smile. His asylum claim was recently accepted following years of uncertainty, waiting and numerous appeals.

Kashif came to Australia as an asylum seeker from Pakistan after the learning centre he set up with his cousin was targeted by the Taliban for offering secular education and classes for women. He was threatened and shot at before he fled. His cousin, who stayed behind, was killed and Kashif knew he would never be able to return.

Like many asylum seekers living in the Australian community on bridging visas, he endured prolonged periods where he was denied the right to work and was excluded from receiving any government benefits. He spent 18 months living in poverty, relying on friends for food and shelter and sleeping on couches in share houses where he was unable to pay rent. When he had exhausted his options for community support, he was referred to Baptcare Sanctuary, a service that provides transitional supported accommodation for homeless asylum seekers.

Sanctuary was opened in Brunswick in 2008 in response to the growing impact of homelessness on asylum seekers in the community and was expanded with the opening of a Preston site in 2012. The program houses up to 77 asylum seekers who have little or no income and who have faced homelessness whilst awaiting the outcome of their protection visa application. Since its inception, Sanctuary has assisted a total of 328 asylum seekers.

Residents of Sanctuary have their own room and share common areas where they are able to socialise, participate in classes run by volunteers and access on-site caseworkers. Food is delivered through links with local churches and residents cook for themselves and each other in shared kitchens. A number of residents work and learn in the Asylum Seeker Resource Centre Catering Service which operates out of the Brunswick Sanctuary site.

Sanctuary does not receive any government funding and is reliant on support from donors and from volunteers to operate. Kashif, who was once reliant on Sanctuary as his only source of food and shelter, now volunteers there to support others. He is also undertaking a nursing degree and speaks with passion about his future in Australia and doing his part for the community.

Hundreds of asylum seekers like Kashif have lived at Sanctuary. People who desperately want to become productive members of the community but who suffer homelessness, destitution, stress and mental health issues due to delays in immigration processing, inadequate support and harsh government policies such as the denial of the right to work.

Each resident’s journey to Sanctuary is different, but residents typically have histories of torture and trauma, often followed by prolonged periods of immigration detention and then homelessness. Sanctuary cannot resolve all the issues faced by residents arising from the complex and challenging personal circumstances, or the uncertainty of the outcome of their protection application, but it does assist with the physical and emotional needs of the residents and, support them to participate in the community in various ways, while awaiting the outcome of their protection application.

Independent research on the impact of Sanctuary’s activities and services on the lives of the residents indicates significant positive outcomes in terms of wellbeing, independence and social participation. Physical and mental health improves with secure living conditions, increased personal space, access to donated food, provision of medication if unaffordable, and pastoral care.

Stress, anxiety and isolation are reduced through ongoing support from fellow residents, support workers and partner organisations in dealing with difficult personal issues. “There are people of different characters and cultures here at Sanctuary. We all live together as a family. We cook and eat together like brothers and share our experiences from different cultures,” one resident says.

Increased self-confidence, a sense of connectedness and improved English and communication skills come through interacting with people from various backgrounds in a supportive environment. Opportunities to participate in various classes, access training, apply for a drivers licence and explore volunteering, all nurture a sense of choice, independence and potential for employment when visas permit.

The need for Baptcare’s Sanctuary services is far greater than the current capacity.  Sanctuary receives referrals from partner agencies, who report more than a 500% increase in need over the past two years due to asylum seekers not having the right to work and/or not being eligible to receive any government income support.

Their circumstances vary greatly, including those who have arrived on tourist, study, spouse or work visas who then apply for protection and others who receive a negative decision on their protection application.  Some of these begin the process of getting documents and approval to leave Australia, which can take numerous months, others put in an appeal application.  All have to somehow survive with no income.

Baptcare is actively exploring ways to provide Sanctuary to more asylum seekers who are at risk of homelessness and have no income. In partnership with the Asylum Seeker Resource Centre, the Houses of Hope project aims to source houses, units or flats in the community, which will be linked to local community support groups as well as the Sanctuary teams at Brunswick and Preston.  Additional houses may be provided by donor landlords (rent-free or low rent) or may be leased by Baptcare with funds raised or pledged by churches, community groups or individuals.

If you are interested in supporting the program, please contact Baptcare Sanctuary Program Manager, Jason Perdriau, on jperdriau@baptcare.org.au or 03 8480 9006. 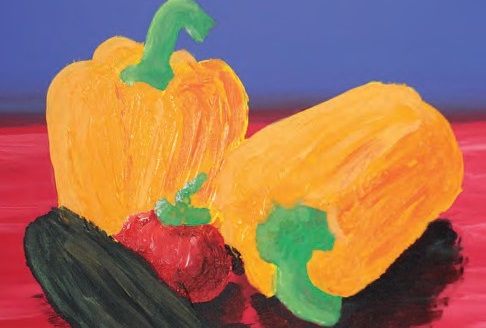 Art helps healing in our Sanctuary