IN 2014 a group of Ashburton residents decided to help people seeking seeking asylum in Australia – the result is a project called Houses of Hope, which received its first tenants in March.

Local resident Bernie Pigdon and other members of his church group first began talking about how to support refugees after hearing a speech by Baptist Pastor and refugee advocate, Tri Nguyen.

“Tri was expressing his solidarity with those seeking asylum in Australia and spoke about how welcome he’d felt when he came to Australia in the eighties with his family,” Bernie said.

“That’s when we realised that for various reasons, be they political or economic, this openness has changed.

“In a community like Ashburton, you tend to only see those seeking asylum hidden behind the news media lens. We wanted the opportunity to engage with new people, show them support and welcome them to our community.”

When Baptcare approached Ashburton Baptist Church to promote the organisation’s Houses of Hope (HoH) project, this group of local members persuaded the church to commit resources to a partnership.

The HoH project, which has another residence in Burwood,was set up to assist the growing number of families and individuals with pending asylum visas that are not eligible for any income support
or cannot afford safe housing and have recently been homeless.

“With our encouragement Ashburton Baptist Church provided Baptcare with a house. We felt they had the resources to link our tenants to the social services they desperately needed,” Mr Pigdon said.

Volunteer Ruth Buckmaster has been working closely with the new tenants and has been impressed with how the local community has pulled together to help their newest residents.

“Our new tenant has a school age child and to see how the school, the students and local volunteers rallied around to get our young student ready for school has been heart-warming,” Ms Buckmaster said.

“I hope this project will be an inspiration to communities, churches and non for profits to open their doors to help people in need. 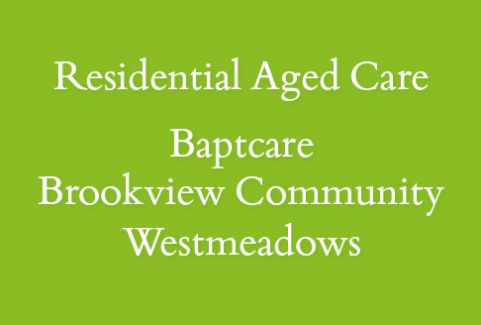